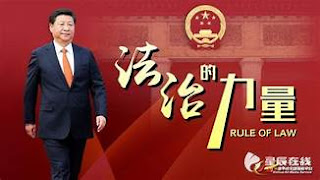 
﻿This whistleblower, Charles Shi filed to Chinese police a criminal complaint on the verified Chiense counterfeiting supplier-NHJ on 2018-6-3, the criminal investigation was knowingly mishandled by the Suzhou police.
Other local Suzhou judicial organs joined the police in knowing covering up the NHJ counterfeiting.
Below is a complaint to CCP Suzhou city Supervision commission on the knowing mishandling of the case of massive counterfeiting Boeing safety part 2020-2-26.
====
The Complaint: Suzhou Industrial Park Police Bureau, procuratorate and the local court knowing mishandling criminal investigation, abuse of power, acting as protector of the suspect through illicit release of case files in support of a fake defamation law suit
2020-2-26
To: Suzhou Supervision Commission and Suzhou CCP Discilinary Commission;
I file this complaint according to "Supervision Law of People's Republic Of China" issued 2018-3-20 and referring to Article 1.19 of U.S. China Trade agreement﻿

The Parties shall endeavor, as appropriate, to strengthen cooperation to combat counterfeit goods that pose ...safety risks.

Articles of "Supervision Law of People's Republic Of China" applied for this complaint:
Article 3; Article 11, item 2 and 3, Article 15; Article 26; Article 54
1. By law, I have requested Suzhou Industrial Park(SIP) Police Bureau, SIP procuratorate and SIP court to answer questions concerning the knowing mishandling of criminal investigation on NHJ twice in recent months. So far there has no response at all.
2. SIP police bureau who was being accused informed me that my appeal to Chairman Xi jinping was in their hands. This is law breaking itself because no law in China should allow the accused handling a complaint by themselves. More here in Chinese.﻿
3. The SIP Procuratorate knowingly abused the law by falsely claiming the case of NHJ massive counterfeiting Boeing safety parts was a "State Secret" while they illicitly excluded the one of the most critical evidence indicating the criminal fact had taken place.

Key criminal fact verified by police
My request is below:
1. Investigate the knowing mishandling of criminal investigation, abuse of power, acting as protector of the suspect through illicit release of case files in support of a fake defamation law suit, based on the results of oversight and investigation, the supervision commission must make the dispositions in accordance with law.
2. Article 26 of the "Supervision Law of People's Republic Of China" ﻿

During the course of investigations, the supervision organs may, directly or by appointment, employ personnel with specialized knowledge or qualifications to carry out inspection or examination under the supervision of the investigators.

Suzhou city Supervision commission should and must arrange to have an open hearing inviting aerospace quality experts on the NHJ massive counterfeiting of Boeing safetey parts based on the compelling evidences submitted and gathered by SIP police during the criminal investigation process. SIP police refused to bring charges against NHJ even they already verified the criminal fact but due to their lack of expertise, they could not tell the difference of counterfeiting and material substitution by international aerospace quality standard.
3. Article 54 of "Supervision Law of People's Republic Of China" ﻿

This case was reported by international media(see below) and more media reporting is under way. I sincerely appeal Suzhou City Supervision Commission take lesson learned from wrongful sanction on the Wuhan Coronavirus Doctor whistleblower, handle my complaint by law as it concerns an extremely important and complext matter of public safety. In the meantime, please invite Chinese mainstream media to report and exercise their social oversight, and public opinion oversight.
4. Please designate an official to contact me for details and evidences ASAP.
Sincerely,
Charles Shi, the whistlelbower
=================================================

1.  The FAA and Boeing remain inactive on a massive fake safety parts on 737 planes﻿

According to NBC Bay Area, documents from an FAA whistleblower investigation confirm that hundreds of parts used on Boeing planes were manufactured in violation of FAA standards and that documents were “fabricated” by a third-party Chinese supplier to hide the violation. But even knowing this, the FAA allowed Boeing to install the parts “as is.” Planes containing these parts continue to operate.

Crime Report investigation suggests that despite the sharp rebuke by the OIG earlier this year of FAA practices, attempts by a Chinese whistleblower to warn both authorities of a potential grave risk to the flying public continues to fall on deaf ears.

Chinese suppliers to U.S. flight control systems maker Moog sold it poorly made parts, faked paperwork and outsourced work to a factory not approved by the company, according to an internal report by U.S. aviation regulators.

Those, who attempt to sell SUPs, can sell their product for cheaper prices.Their alternatives appear to be the same, but there may be deficiencies in their wares which could be catastrophic.

He wanted to present the FAA with a rock-solid criminal case that they could hand directly to the FBI. That is exactly what he gave them, all wrapped up with a neat little bow. He didn’t muddy the water with anything but tracking of one critical part through the process. A “block” which forms part of the “spoiler” system.

﻿6. Inspector General Says FAA Not Doing Enough to Stop Bogus Parts from Getting on Commercial Flights﻿

“I don’t understand what’s going on at the FAA. I asked for that report to see if we have made progress in the last 20 years, and it appears that very little has been made,” DeFazio said. “One critical component that isn’t up to manufacturer’s standards could take down a plane mid-air.” Rep. Peter DeFazio

They knew it, they just knew it(there was a safety threat).- Susan

We can not just wait for public outcry! -Tony

10.Manifest of Injustice Going From Bad To Worse﻿

charles shi
My name is Charles Shi, a FAA whistleblower on an air safety threat compromising some 500 Boeing planes. More at: https://www.youtube.com/playlist?list=PLwjrs24cNrv1CwuFG5ikJZ-k7Zv7mFvrp